( ..being before & after the Cricketers from  ‘..Beyond the Boundary…’  enter the Gardenworld

whilst the envelope from   ‘..An hour Beyond Midnight…’ is still sealed… )

have been exiled to a quiet corner of  the Gardenworld that has been left to grow fallow.

slightly open wicket-gate in a part of the boundary wall that has become overgrown with hawthorn, ivy & clematis.

band of Cricketers who have slipped into the sanctuary under the extra cover of early morning autumn mists.

With the use of gifts donated by the Angels in the nine levels of an Improbable Tree,  the Night Watchman is

busy constructing the objects that appear in the Gardenworld. The Philosopher has planted thoughts by leaving notes

at various stopping off places. Tethered to the Chain of Circumstance he is trapped inside the boundary & can only

move about with the aid of his lantern. Every once in a while he glimpses signs of disturbance in the Garden & posts

notes to the Outside World detailing his observations in the hopes that others might discover their source. A number

of Mannekins, not wanting their Gardenworld to be discovered, hide  in the mailbox & by removing postage stamps

halt the collection of the mail. Upon seeing this some birds use their long tails as letter openers & disperse the words

they find there. However,because the birds are unable to read they constantly leave these seeds in the wrong places.

The Opponent, meanwhile, has recognized the Night Watchman for who he was in an earlier life  -a Knight from the

Chess Game & a power source in the Gardenworld. Time, itself, is cutting a way out of the case which holds it by

using a diamond to scratch through the glass as it revolves around the Kingpin, not realizing that when this

a cricket bat conveniently left in the undergrowth when the Cricketers were searching for their ball.

The Philosopher’s paradox: ..if the clock works the murder will take place, If it doesn’t  work

confess his sins & do penance. After being in the World he has recognized the folly of his actions

&, whilst he cannot put back the clock he is able to ‘look back at an old clock’, so to speak, by pointing

out the error of his ways so that others might not repeat  them.

progress) but are evaporated by the heat generated by all the energy produced in creating the constructs.

Once in the atmosphere, these sins become part of the rain cycle which at times nourishes the Gardenworld

& at times  seemingly erodes its foundations… 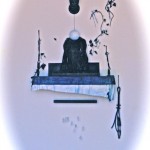 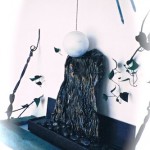 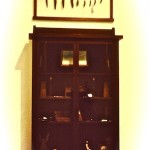 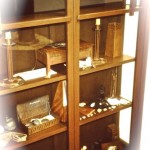 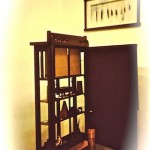 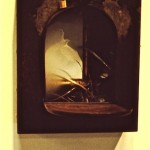 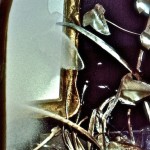 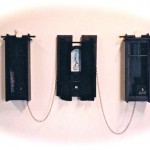 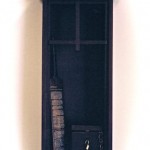 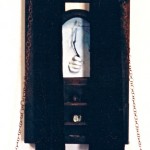 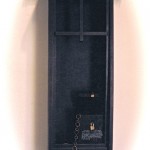 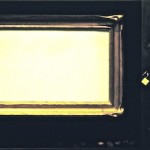 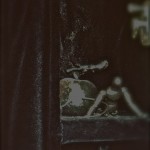 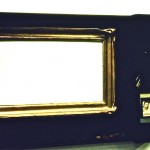 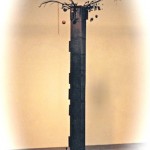 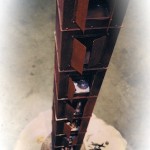 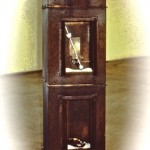 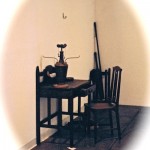 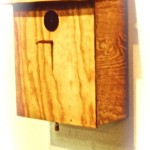 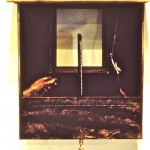 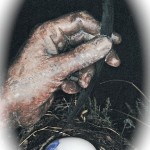 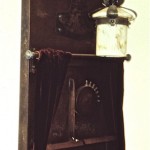 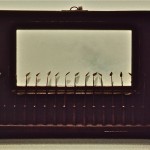 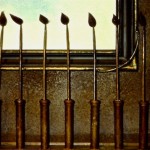 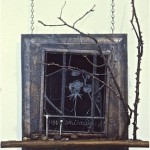 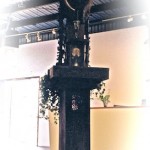 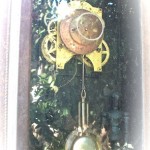 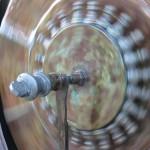 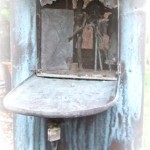 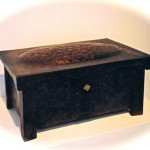